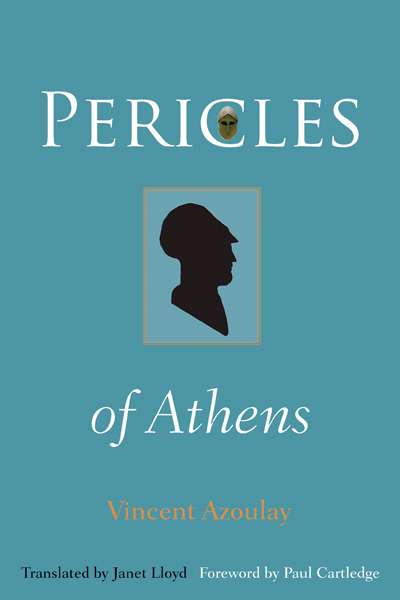 Father of democracy or nepotic would-be tyrant, corrupting the citizens with flattery and handouts? Brilliant orator, fearlessly committed to the truth, or dangerous sophist saying whatever the mob wanted to hear? Effective administrator of a complex and benevolent empire or cruel curtailer of the allies’ liberties? A model of sobriety and chastity or a lecherous adulterer living with a treacherous foreign whore? Pick your Pericles. There is plenty of support for all the above and more in the ancient sources. By and large, the positive view stems from Thucydides (and goes in and out of fashion along with the historian), while the negative has a wide range of advocates, including comic poets and philosophers. Centuries later, Plutarch reconciled the accounts by making them sequential – a tale of Pericles Redeemed.

The difficulties in making sense of these sources and later commentators has led Vincent Azoulay to conclude, wisely enough, that a large part of a biography of Pericles should be devoted to historiography. His first chapter assesses the ancient sources and the last two examine what has happened to Pericles’ reputation since the time he was so unremembered that Shakespeare presented him as an eastern prince best known for undertaking his own Odyssey. The Renaissance accorded him a ‘timid burst of acclaim’, Machiavelli thought he was incompetent, Montaigne called him a sophist, and Abbé Barthélemy tore him to shreds. The French revolutionaries preferred to draw their lessons from Rome and Sparta. Pericles made a comeback with the flowering of German scholarship in the eighteenth and nineteenth centuries, his contributions to Athenian buildings, oratory, and democracy being seen as the embodiment of the Greek miracle. Fans ranged from Frederick II to Hegel. A revival of interest in Thucydides helped spread this more positive impression in France, and for a time Periclean Athens was seen as a blueprint for Victorian England. Both Churchill and Hitler admired his charisma and investment in infrastructure, though the latter was rather more taken with Sparta. Books demonising Pericles still appear regularly, but the official version taught in schools is rather anodyne. He is one of the few ancient heroes to be ignored by the video games industry.