Usually, significant books are revisited on significant anniversaries. By these lights, Mike Berry’s critical re-evaluation of John Kenneth Galbraith’s The Affluent Society should have appeared in 2008, to mark the fiftieth anniversary of its original publication. In this instance, we can be grateful that normal publishing practice has not been followed, for it enables Berry to incorporate the momentous events of the past five years into his analysis and to interrogate the insights that Galbraith’s scholarship might bring to bear on the causes and repercussions of the Global Financial Crisis that hit shortly after the great economist’s death in 2006.

Berry declares his intentions to be modest: he does not attempt to rewrite The Affluent Society for the twenty-first century or to provide a biography of the book or its author. Rather, he describes his revisiting of Galbraith as ‘an exploratory (and personal) foray into the increasingly perplexing present and an increasingly uncertain future, resting on a sturdy, if ageing guide’. This is an ambitious enough project in itself and one that enables Berry to develop a critique of the prevailing economic orthodoxy and its failures in relation to the GFC that is all the more powerful for being well informed and carefully argued.

Galbraith’s book took aim at the bedrock of what he called ‘the central tradition’ in economic theory: the idea – evident from Adam Smith (1723–90) onwards – that the primary concern of economics is with resolving the problem of scarcity (or to put it more technically, with finding the most efficient means to allocate scarce resources between competing ends). By the 1950s, Galbraith argued that, at least in the United States and comparable developed nations, scarcity was no longer the central issue. This was something that John Maynard Keynes had glimpsed in the midst of the Great Depression. In his essay Economic Possibilities for our Grandchildren (1930), Keynes argued that, for most of history, ‘the primary, most pressing problem of the human race’ had been ‘the economic problem, the struggle for subsistence’, but that this would soon be solved. He predicted that by 2030, technological advancements and economic growth would lift living standards in ‘progressive countries’ between four and eight times, confronting human beings with a new existential dilemma:

Thus for the first time since his creation man will be faced with his real, his permanent problem – how to use his freedom from pressing economic cares, how to occupy the leisure, which science and compound interest will have won for him, to live wisely and agreeably and well.

Keynes was wrong on two counts. First, living standards rose even more quickly than he predicted – his lower limit of a four-fold increase in GDP was achieved in just fifty years. Secondly, he overestimated the human capacity to convert that material abundance into meaningful leisure. Keynes anticipated that once scarcity was overcome and essential needs met, we would choose to work fewer hours – fifteen hours per week was his guesstimate – and would thus have time to ‘cultivate … the art of life itself’. We would come to understand that, as Aristotle put it, ‘wealth is evidently not the good we are seeking; for it is merely useful and for the sake of something else’. We would see money as ‘a means to the enjoyments and realities of life’ rather than an end itself, and so recognise that ‘love of money as a possession’ is ‘a somewhat disgusting morbidity’.

Galbraith shared with Keynes (and with John Stuart Mill and Karl Marx) the hope that, after solving ‘the economic problem’, humankind could get on with the more important business of cultivating ‘the art of life itself’. By the 1950s he could also see why that day had been indefinitely postponed. According to the theory of diminishing marginal utility, as goods become more readily available, their value declines. Once I have eaten six potatoes, a seventh is worth little to me. On this basis, the affluent society should reach a point of satiation, at least for essential goods like food, clothing, and shelter. Galbraith recognised, however, that what applies for a particular good does not hold true for goods in general. Having had my fill of potatoes, I may want to switch to truffles, or choose to eat my spuds with designer cutlery. As Berry puts it: ‘There may indeed be a hierarchy of need but no limit to what one wants. Once one set of goods is consumed, consumers move seamlessly in pursuit of a never-ending stream of new goods.’

Galbraith refuses to accept the dominant view that this behaviour is a given, the ‘natural’ outcome of the human psyche. In orthodox economics, our consumption patterns reveal our free choices as rational, self-interest maximising individuals – what we buy is evidence of what we want. Even before behavioural economics raised serious doubts about how rational our choices really are (by fully alerting us to the human susceptibility to cognitive bias), Galbraith was already asking the prior question: why do we want the things we choose? He also dares to make normative judgements – to declare that some wants are more valid and more important than others. As Galbraith recognised with trademark irony, this put him at odds with the mainstream of his profession: ‘Nothing in economics so quickly marks an individual as incompetently trained as a disposition to remark on the legitimacy of the desire for more food and the frivolity of the desire for a more expensive automobile.’

The idea that our wants are limitless fits neatly with the interests of those who profit from a system that validates economic growth and increasing GDP per capita as the primary goal of social organisation. For Galbraith, many contemporary wants are ‘contrived’ rather than ‘original’. They arise, via mass advertising, from the systemic requirement to keep expanding the production of goods and services that generate profits in a market economy. In other words, the market creates the very wants that it seeks to satisfy, which leaves consumers forever chasing their tails. For Galbraith, the economics profession is complicit in perpetuating this circularity: ‘For then the individual who urges the importance of production to satisfy these wants is precisely in the position of the onlooker who applauds the efforts of the squirrel to keep abreast of the wheel that is propelled by his own efforts.’

By tugging away at the foundation stone of scarcity, Galbraith was seeking to bring down other building blocks of conventional economic wisdom. If wants are contrived, the consumer is no longer sovereign because the market does not respond to our needs but forms them. As Berry notes, this raises questions about what Galbraith calls ‘“the paramount position of production”, our fixation with increasing the output of goods and services; any goods and services’.

The primacy of production shifts attention from what we produce to how much we produce. What the market delivers is by definition good, because it is what we choose, and what it fails to deliver is irrelevant (because there is no market for it). For Galbraith this upsets the ‘social balance’ resulting in an ‘over supply of privately produced goods and services’ that generate a profit, and an under supply of public goods and services that are essential to the ‘smooth functioning of the economy and society’. As a result, we can choose from an endless array of different flavoured potato chips, but struggle to find suitable childcare; we are bombarded with new ways to combat body odour, but cannot afford to bury overhead transmission lines that may spark catastrophic bushfires; we are offered ever more ways to gamble, but make no dent in homelessness. As Galbraith puts it, there is ‘an implacable tendency to produce an opulent supply of some things and a niggardly yield of others’. Any attempt to rebalance the system, by, for example, increasing taxes, runs up against the entrenched power of vested interest. Advertising reinforces these warped priorities: ‘[t]he engines of mass communication, in their highest stage of development, assail the eyes and ears of the community on behalf of new beverages but not of more schools.’ In the end, as Galbraith recognised, the economy is not some indifferent machine with its own intrinsic laws of operation; it is a system of social organisation shaped by power.

‘ ... we are offered ever more ways to gamble, but make no dent in homelessness.’

Nor can economics claim the status of a ‘value-free’ discipline – a kind of ‘social physics’ – for as long as its central goal is growing production, other concerns, like economic security and inequality, fade into the background. If scarcity is the core problem, primacy must be given to ‘squeezing the most output out of limited resources’. Questions about whether workers enjoy job security and how output is shared are secondary issues, particularly when the overall pie is growing. As long as everyone’s slice is getting bigger, the relative size of the portion is a less pressing issue: growth is ‘the great solvent of the tensions associated with inequality’.

Berry finds it understandable that in the first edition of The Affluent Society Galbraith underestimated the persistence and perniciousness of inequality and all but dismissed poverty as a non-issue – he was, after all, writing at a point in the twentieth century when the income gap between rich and poor had been declining for several decades as developed nations became more ‘middle class’. By the 1980s this process had begun to reverse. Between 1979 and 2006 the average income of the top one per cent in the United States rose by 256 per cent, compared to an income rise of just eleven per cent for the bottom fifth of society.

Galbraith was alert to a different problem arising from the primacy of production: that it requires an increasing, and increasingly dangerous, dependence on debt. As he noted, in a system that spends billions creating wants via advertising, the logical next step is to finance those wants. The levels of household debt that worried Galbraith in the 1950s looks ‘ludicrously small’ today, but in them, says Berry, Galbraith identified the roots of our current global crisis – a ‘consumption-fuelled boom that was based on the general acceptance of growth as the litmus test of economic success’.

This is a stimulating book, and not just because it leads us back to Galbraith’s original work. Berry, like Galbraith, reminds us that orthodox economics does not ‘adequately explain the human condition’ and so makes a less than reliable guide for public policy. 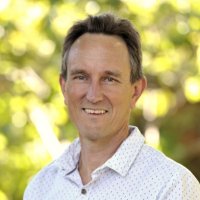 Peter Mares is lead moderator with the Cranlana Centre for Ethical Leadership and a contributor to Inside Story magazine. He is the author of No Place Like Home: Repairing Australia’s Housing Crisis (Text Publishing, 2018), Not Quite Australian: How temporary migration is changing the nation (Text Publishing, 2016), and Borderline (UNSW Press 2001), an analysis of Australia’s refugee policies. Peter previously worked for twenty-five years as a broadcaster with the ABC, mostly with Radio National. 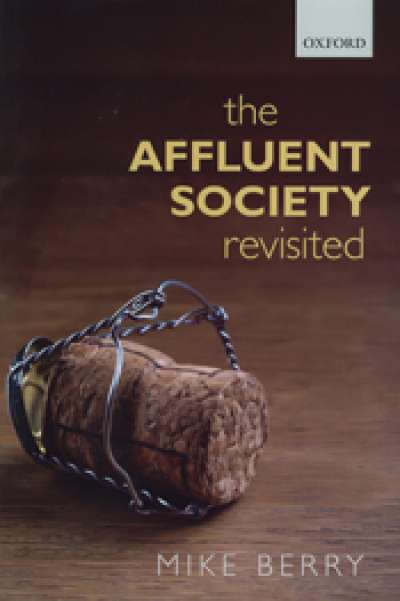