Lisa Gorton reviews Malouf’s new poetry collection, Earth Hour, here. Happily for the many devotees of his essays and critical writings, Knopf has collected a number of Malouf’s major work in A First Place (which we will review in a coming issue).

To mark David Malouf’s birthday, and to celebrate his poetry, ABR and the City of Melbourne – through its Melbourne Conversations series – will present ‘An Evening with David Malouf’ at Deakin Edge on Shakespeare’s birthday – Wednesday, 23 April. Lisa Gorton will lead this conversation, which will be followed by a major announcement sure to be of much interest to David Malouf’s many admirers and to those with an interest in ABR’s burgeoning creative programs. This is a free event, starting at 6 pm. Bookings (via ABR only) are essential: This email address is being protected from spambots. You need JavaScript enabled to view it. or (03) 9699 8822. Events with this much-loved writer always fill up quickly, and we encourage you to book early. 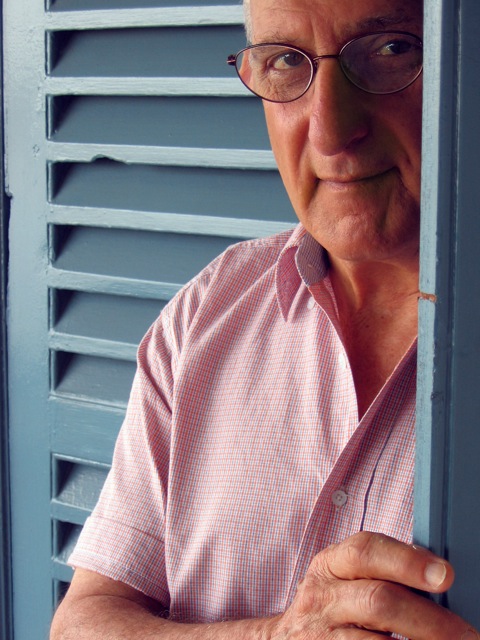 The Calibre Prize, now in its eighth year, continues to attract outstanding new essays. This year we received almost 100 essays, with a huge variety of styles and subject matter. The judges – Morag Fraser and Peter Rose – have shortlisted six of them:

This year the winner (who will receive $5000) will be announced at a special ceremony on Wednesday, 26 March. This will take place in the Assembly Hall at Boyd, starting at 6 pm. The essayists will read extracts from their essays. This is a free public event, but reservations are necessary: This email address is being protected from spambots. You need JavaScript enabled to view it..

ABR will then publish the winning essay in the April issue, followed by the other shortlisted essays.

No one should joke about the voracious National Security Agency, but we know more than you think about what you are enjoying on our website. Here are the ten most popular online features for 2013:

The list attests to the popularity and diversity of ABR’s publishing: Calibre essays, short stories, commentaries, diaries, and long and short reviews.

UWA Publishing has introduced a new imprint: UWAP Scholarly. The press is looking for ‘lively writing and cogent arguments in the fields of humanities and social sciences, and the natural sciences’. The primary sales outlet is expected to be the online store. A publishing subsidy is required to assist in production costs and to limit the retail price to $50. Books will be produced in both print and e-book formats.

UWAP launched the new imprint in January with two titles: After Homosexual: The Legacies of Gay Liberation, edited by Carolyn D’Cruz and Mark Pendleton, and John Frow’s The Practice of Value: Essays on Literature in Cultural Studies.

The imprint has arisen from the following problems: so much of our intellectual capital is being sent offshore to publishing houses that bring the books into Australia in tiny print runs with exorbitant retail prices (designed for institutional budgets, not individual book-buyer pockets); and there are so many young academics unable to advance along their career path and desperate for publication to enable that. I was keen to be able to step back into this publishing space with important books with good prose that would be interesting to people who don’t work in universities. It’s important to produce books at an affordable price. Luckily, print-on-demand with small runs has well and truly caught up with the aspirations to quality that we have yearned for.

Going for the jugular

It’s common for the editors of literary anthologies to invite past contributors to submit work. Geoff Page, who takes over from Lisa Gorton as editor of The Best Australian Poems 2014, has done that – with a twist. In an email to assorted poets, Page adds a fourth criterion: ‘[The poems] should be able to be enjoyed by “general readers” who don’t necessarily read much poetry – as well by those dedicated ones who do.’ That seems sensible, and inoffensive, though some may wonder if obscure or experimental poems will find a home in the anthology. Difficulty, after all, is an honourable feature of great poetry (think of Ashbery or early Auden or nearly all of Stevens), and a frequent aspiration of younger poets.

Advances asked Geoff Page to tease out this new requirement, and he obliged:

I’m concerned that this year’s anthology should be both ‘reader friendly’ and of high aesthetic quality. This is not the contradiction some people see it to be. I hope to represent the range of tendencies to be seen in Australian poetry at the moment, but to do so without ‘frightening the horses’, as it were. Paradoxically perhaps, I am looking for poems which make a decided impact on the reader, which ‘go for the jugular’, as it were – mostly because of the evocation of deep human emotion, often widely experienced – and, at other times, through being downright entertaining, even humorous. I hope that those poets who see themselves as avant-garde or postmodern (for want of better terms) will be represented by poems that still have that flavour but are not terminally opaque to the ‘average reader’ – or indeed to those with PhDs in Poetics.

Editors Gillian Dooley and Nick Turner, in introducing the online journal Writers in Conversation, remarked: ‘there are many writers out there keen to discuss their work with interviewers.’ Why are we not surprised?

The first issue, which is available gratis, contains fifteen interviews and a few related articles. Subjects include Bill Gammage, Marion Halligan, and Peter Stansky. Advances liked this quote from Margaret Drabble, who is interviewed by Nick Turner:

I think the whole prize culture is completely out of hand. There are two things that have gone wrong with the marketing of fiction: one of them is big advances, and the other is the prize culture. It’s been very bad for the way people write. When you meet a gathering of young novelists now, all they talk about is whether they are writing literary or commercial fiction. I think it’s such a naff question, but they’re obsessed by it.

Sara Savage, who joined the staff in mid-2013 as the ABR Patrons’ Editorial Intern, will leave us on the Ides of March to take up a permanent editorial position with the Australian & New Zealand Association (ANZA) in Singapore. One of ABR’s prime hopes for its Interns (Sara is the fourth since 2009) is that they will find interesting, secure work on the completion of their time at ABR. We are delighted that Sara will continue her professional career at ANZA.

We hope to announce details of a fifth paid ABR Editorial Internship in coming months.