The Force of the Feminine by Margaret Ann Franklin 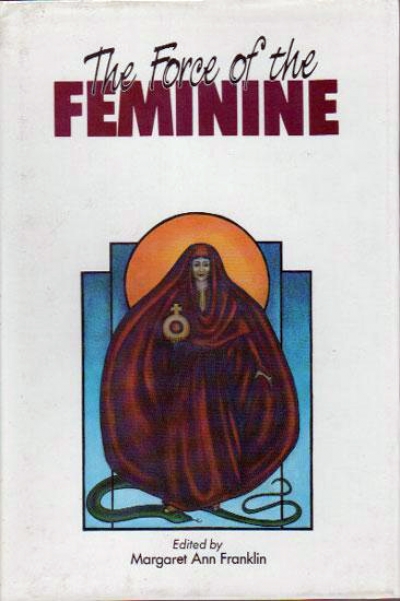 A phrase like ‘And God so loved the world, she …’ has a radical impact on that most deeply ingrained convention; the contract underlying and validating much of Western culture that the logos is masculine and the power behind the logos is designated, generically, as ‘he’. Our culture is patriarchal; patriarchal power derives from God and that power is symbolically inscribed in language.

Flesh in Armour by Leonard Mann 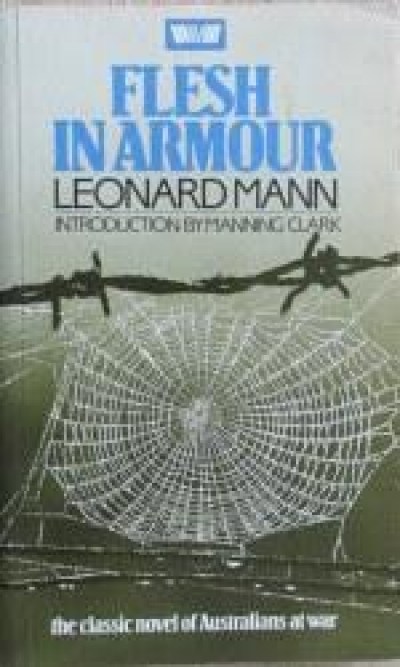 Leonard Mann’s account of his experiences in World War One, Flesh in Armour, has recently been reissued. It may be the case that there are certain experiences that are impossible to write about unless one has personally undergone them. The three great Australian classics of World War One – Flesh in Armour, The Middle Parts of Fortune and When the Blackbirds Sing – all convey an air of total verisimilitude when it comes to describing the conditions of battle. In comparison, even such gifted writers as David Malouf and Roger McDonald convey the impression of faking it when they come to write about war, no matter how much care they take or research they have done. 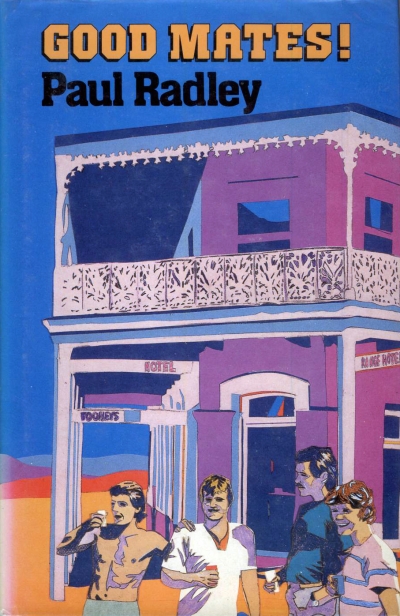 Paul Radley’s novels are about loss and growth. The first, the prize-winning Jack Rivers and Me, showed how ‘Peanut’ was forced to shed his imaginary companion as a part of his joining the world of school. My Blue-Checker Corker and Me dealt with a twelve-year-old boy’s reaction to grief at the loss of his racing pigeon. Now, in his latest, he takes us through five years in the lives of two mates from just before they leave school until one of them dies in the mud of New Guinea. The setting of the novel is again his fictitious township of Boomeroo, but the time is now the late thirties and first years of the war. 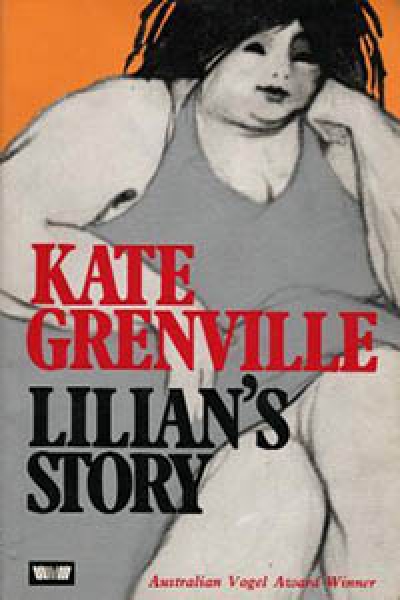 What a pleasure to be reviewing Kate Grenville’s collection of stories and her novel!

First, Bearded Ladies: The stories are a delight. Ranging with ease over four continents, they portray women in a variety of relationships – girls brought face-to-face with a sexual world, women coping with men, without men, women learning to be. The writing is witty, satirical, compassionate, clear as a rock pool and as full of treasures. 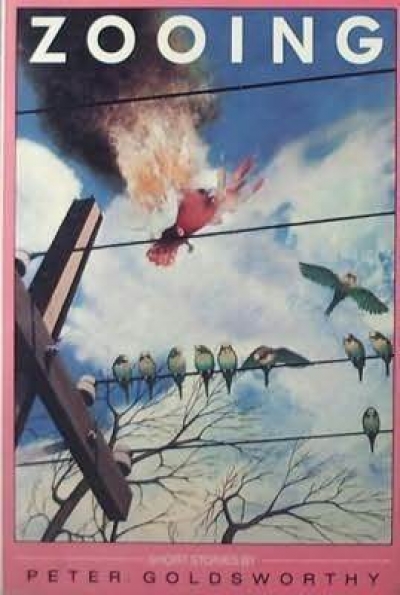 A reviewer’s prejudices are rarely so obvious to him as are mine in the case of these two books. I have an instinct of sympathy with Peter Goldsworthy. Our first books of stories received a joint review from John Tranter in the Sydney Morning Herald. The venerable poet was, let us say, splendidly discouraging: Windsor’s and Goldsworthy’s joint faults made them ‘like so many hundreds of forgotten Australian short story writers before them’. We have been victims together. In the case of Archie Weller, I have to admit to negative prejudices. Weller is promoted as someone who nearly won the Vogel Prize, and I am suspicious of all the media hype and puff that surrounds that award. The price of greater publicity, runs my prejudice (conviction?), should be sharper critical attention.

Surrender Australia?: Essays in the study and uses of Australian history edited by Andrew Markus and M.C. Ricklefs 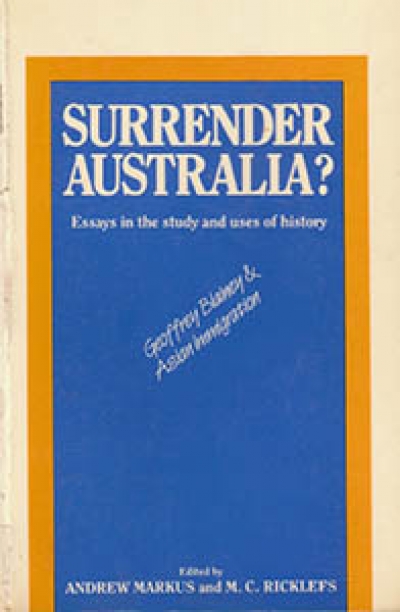 At the August 1984 conference of Australian historians, the Public Lecture Theatre at Melbourne University was packed to hear a panel of distinguished colleagues discuss Geoffrey Blainey’s creation of the public debate on Asian immigration. Blainey did not attend. His mentor Manning Clark did, though he refused to denounce his most famous pupil. Surrender Australia? is largely the product of that meeting. Historians take themselves rather seriously and already there have been complaints that a concerted attack on one of the discipline’s favourite sons is unprecedented. Letters to The Age were denouncing the book as ‘an attack on a great Australian’ well before it was published or the correspondents could see the contents. Public controversy is certainly rare among local historians, being largely confined to such esoteric matters as whether Australia was settled to get rid of convicts or to acquire flax, an argument in which Blainey took a major role. In a small society, academics do not usually denounce each other in the fashion long acceptable in central Europe or America. Equally, they do not often engage in public controversy on matters which draw in the vulgar multitude. While professional historians are not very radical, they mostly subscribe to liberal views, among which tolerance for minorities and for the ideas of others are the most acceptable. Blainey presented his colleagues with a dilemma. They could draw up their skirts and pass by on the other side, or they could publicly disagree with him. 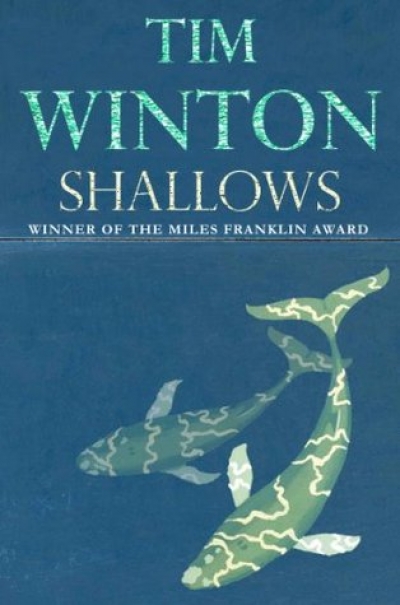 Those who read the gloomy criticisms of modern education by some educationalists might be pardoned for wondering whether any but the most privileged children nowadays can hope to gain mastery of their language or development of their mind and talent. Meanwhile, the talented young blithely make nonsense of crabbed and intolerant age. Paul Zanetti, aged twenty-three, wins the Walkely Award for a political cartoon. Paul Radley, while still in his teens, and Tim Winton, barely older, won Australian Vogel Awards and continue writing with force and imagination.

Winton is now twenty-four. Shallows is his second good novel. It is set in a fictional West Australian whaling town called Angelus. Although I have never been to Albany (where Winton had part of his education), I suspect I might find it recognisable after reading Winton’s devoted and detailed account of Angelus. The time of the action is now, or a year or so ago, but the story ranges through much history. Change is inevitable for whaling ports and industries but whether it should come abruptly or gradually is still debatable. 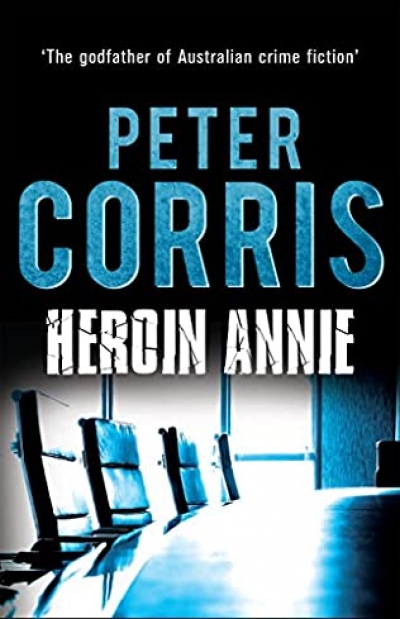 This is The Great Tradition. Spade, Marlowe, Archer, Spenser. Peter Corris has relocated it, given it another place and another name and done it all with verve and flair. In ten adventures, Cliff Hardy lurches around Sydney in the rusty armour of his Falcon (except on one occasion when he goes to his spiritual home, California). While Corris does not achieve as much in the short stories as he does in the novels (but then that is true of Hammett), he does present Cliff Hardy as alive (miraculously) and well (apart from batterings and hangovers) and doing good (if not entirely within the meaning of the act). 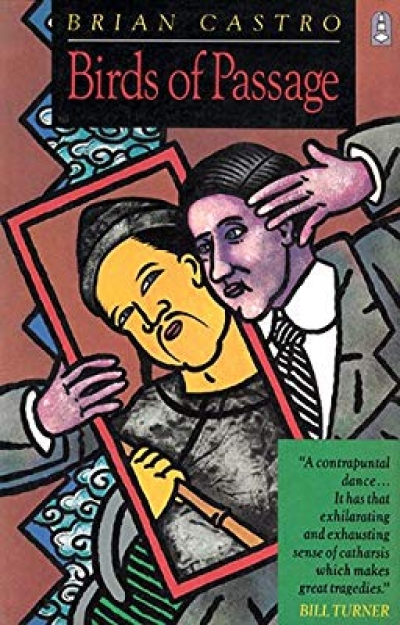 Brian Castro’s novel Birds of Passage is a dramatic exploration of the intriguing idea, found in Butler, Jung, and others, that an individual’s life may in some way be in touch with ancestral experience. It imagines the possibility of a previous life, its outlook on reality and rhythms of existence, flowing troublingly into the consciousness of the present. The book shared the valuable Australian Vogel Prize last year. It is of some interest, but is a distinctly uneven work. Romantic in concept in its adoption of the idea of racial memory and psychic disposition, it is sometimes sententious in tone in its reaching for poetic effect, and prone to mix its narrative modes disconcertingly. It is hard to see it as a major literary prize-winner, although some of the historical episodes in its dual narrative are nicely done and the basic idea in itself is an attractive one.

Australia Since the Coming of Man by Russel Ward & New History edited by G. Osborne and W.F. Mandie 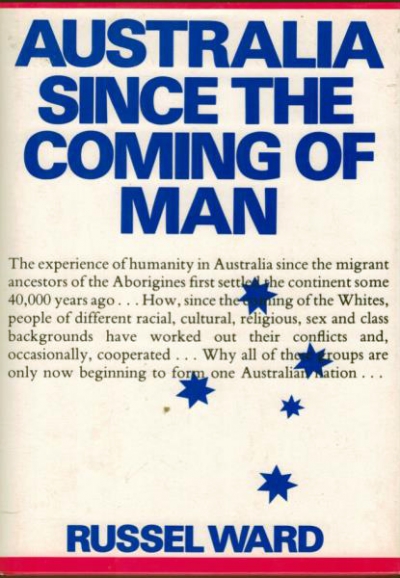 Russel Ward’s new book is a revision of History, which he published in 1965, mainly for an American audience. In fact, it was read more in Australia and now he has extended the work, put in more detail, and, presumably in response to recent developments, included some cursory glances at the doings of Aborigines, explorers, and the female half of the Australian people.