The Art of the Restaurateur by Nicholas Lander

‘Hello, my name is Tony. I’m your waiter, and I’ll be dining with you tonight.’

One subspecies of cartoon in the New Yorker addresses the balance of power between diners and waiters. The caption above, from a cartoon by P.C. Vey, accompanies a drawing of a bemused couple holding menus, and looking at a waiter who is sitting at their table with a glass of wine. Absurd as this hypothetical situation is, it pricks at one of the central difficulties that all fine-dining restaurants must address: the distance kept by, and the demeanour of, the person without whom diners would be inhospitably stranded in a room that offers the promise of infinite riches.

Gay Bilson was, for twenty-five years (1973–1998), a restaurateur and cook in Sydney. She has created and directed several events centred on food and community, often for the Adelaide Festival, and was an associate director under Peter Sellars for the 2002 festival, producing programs such as Nourish (feeding patients in a large public hospital) and The Edible Library. In 2004 she directed Eating the City, a large community project created by the Spanish food artist and psychologist Alicia Rios, for the City of Melbourne. As an extension of this project, she recorded oral histories with the communities who took part.

In 2003 Bilson was the recipient of an Asialink residency, spending three months in Sri Lanka studying its food culture. She is the author of Plenty: Digressions on Food (Penguin, 2004). Plenty won the Nita B. Kibble Prize for Women’s Life Writing and was named The Age Book of the Year in 2005. Her most recent book is On Digestion (MUP, 2008), one of a series of essays in MUP’s ‘Little Books on Big Themes’ series. In this extended essay she questions many of the assumptions we make about agriculture, produce, and dining in Australia.

Bilson lives in rural South Australia, believing, with Cicero, that ‘If you have a garden and a library you have everything you need,’ except that, 2000 years later, she would add water and the Internet to these requirements. 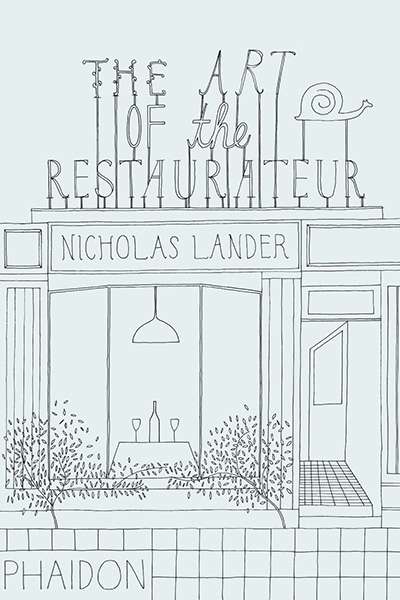 The Art of the Restaurateur