The years 1909 to 1914 were unusually busy in Antarctica. Back in 1900 the continent had barely been walked on, but in the succeeding decade or so, expeditions of scientific and geographical enquiry, often burdened with heavy loads of imperialist endeavour, penetrated to the heart of the last unexplored continent. The attainment of the South Geographical Pole became the emblematic centrepiece of triumph and tragedy in the so-called ‘Heroic Age’ of Antarctic exploration. In January 1909 Ernest Shackleton and three others were forced to turn back just a few days’ travel from the South Pole. Two years later, in December 1911, the southern geographical extremity of the planet was first reached when Norwegian Roald Amundsen and four companions stood at the pole. Just over a month later, a defeated and exhausted British party led by Robert Falcon Scott marched away from the South Pole to their deaths and, until recent historical deconstruction, a revered place in Britain’s Imperial folklore.

Painter, photographer, writer, and sometime architect Alasdair McGregor’s creative interests range from natural history to architecture and design, and the history of exploration. His books include: The Kimberley: Horizons of Stone (1992) and Australia’s Wild Islands (1997), both with Quentin Chester; Mawson’s Huts: An Antarctic Expedition Journal (1998); Frank Hurley: A Photographer’s Life (2004); Antarctica: ‘That Sweep of Savage Splendour’ (2011), and Grand Obsessions: The life and Work of Walter Burley Griffin and Marion Mahony Griffin (2009), which won the 2011 National Biography Award. Alasdair McGregor has staged numerous exhibitions of his paintings, and his work hangs in corporate and public collections in Australia and overseas. 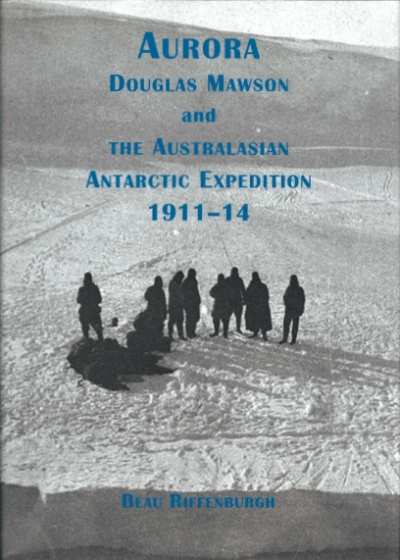