Ballets Russes: The Art of Costume by Robert Bell

What is it about the Ballets Russes that resonates with so many people? Is it the magic of a redeemed art ordained in a marriage of artists, dancers, and composers overseen by a master celebrant – Sergei Diaghilev? Is it remembrance of a creative fire that burst onto the stage in 1909 and assured a strong future for ballet around the world? The answer is ‘yes’ to both, but I think that what attracts us most is nostalgia for a particular moment in time; the desire to have witnessed those famous performances in the early decades of the last century.

Alan R. Dodge has been in the art museum business for over thirty-eight years. He came to Australia in 1974 from the National Gallery of Art in Washington, D.C. where he was an education curator. In Canberra he was one of the early staff of the new Australian National Gallery (now NGA) first as Senior Research officer, then as head of publications, Curator of European and American Art, and Senior Advisor, Special Exhibitions and Development. In 1997 he was appointed Director of the Art Gallery of Western Australia, a position he held for eleven years before retiring in late 2007. He was made a Chevalier in the Order of Arts and Letters by the French government in 2004 and was made an AM in the Order of Australia in 2008. Currently he acts as an Art Adviser and is a member of six boards and Chair of the Murdoch University Art Board. Over the last two decades he has pursued an intense interest in Russian art and culture from the late nineteenth and early twentieth century. 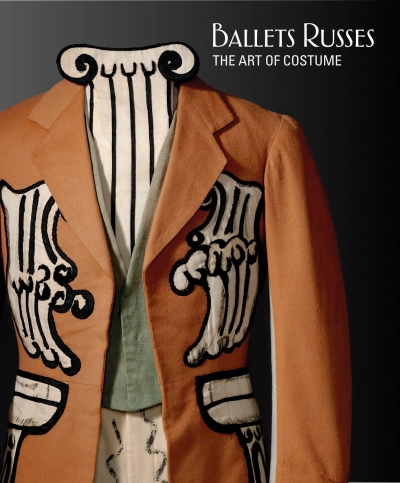 Ballets Russes: The Art of Costume