In the Vernacular: A generation of Australian culture and controversy by Stuart Cunningham

‘I never thought Australia needed culture of any kind,’ drawls Barry Humphries in Not Quite Hollywood, Mark Hartley’s recent documentary on Australian ‘trash’ cinema of the 1970s and 1980s. Perverse aesthete that he is, Humphries cannot resist the idea that lack of refinement might be a sign of vitality: ‘Culture is yoghurt, isn’t it, or mould? It grows on decaying things.’

Unlike Humphries, the media scholar Stuart Cunningham seems to have kept his faith both in the value of culture for Australia and in the positive impact that governments and intellectuals might make on the nation’s cultural health. What has shifted over the years is his stated rationale for this position; a sense of his evolution can be gleaned from his new collection, In the Vernacular, which assembles essays first published between 1985 and 2006, along with new introductory material. 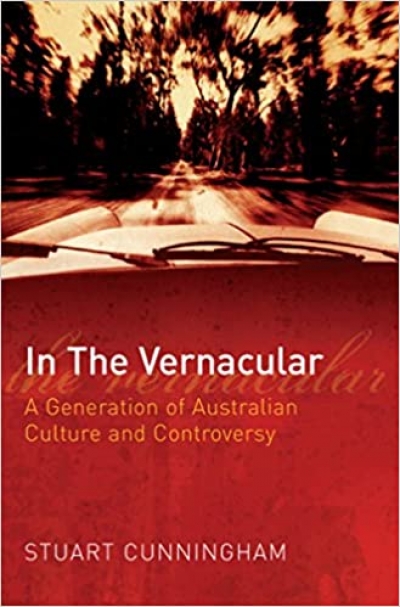 In the Vernacular: A generation of Australian culture and controversy