Travel in America is a journey crowded with literary acquaintances. For centuries visitors have striven to make sense of the United States, drawn by its energy, admiring or disturbed by its civic culture. Charles Dickens visited twice, in 1841 and 1867, capturing his observations in American Notes (1842). His experience of American democracy confirmed him a political radical. Novelist Frances Trollope, on the other hand, travelled to America a liberal and returned a Tory. America has always confronted visitors with the possibilities of freedom but also the consequences of a market society, private wealth alongside public squalor.

One stranger in this strange land set the tone for many who followed. Alexis de Tocqueville arrived from France to study American jails, but wrote more broadly in the first volume of De la démocratie en Amérique, published in 1835 and still the single most influential rumination on the United States. How, wondered, Tocqueville, did the New World sustain a vibrant and practical democracy? Americans, he observed, had developed a distinct character through access to vast new territories, the absence of a strong central state, and values stressing self-reliance and hard work. The resulting tensions kept their society vigorous: a love of individual liberty but attachment to community; a suspicion of government yet celebration of nation; a land of unrestrained capitalism where access to riches ensured a rough equality of outlook.

In American Journeys, his account of travel in the continental United States, historian Don Watson mentions his distinguished predecessors only occasionally. Yet they sit, quietly, in the design. While Tocqueville was explicit about his aims, Watson is cautious about enunciating any wider purpose. Yet both are fascinated by the Americans, and make uncommon effort to see beyond the obvious. They share a preference for close observation, and a startling capacity to draw broader patterns from the small and familiar. Where Tocqueville studied the endless small local newspapers, Watson ponders the content of talk-back radio. Tocqueville reflected on civic culture as unifying forces in the American outlook, while Watson notes the pervasive influence of religion. American Journeys, in part, is a conversation across nearly two hundred years. 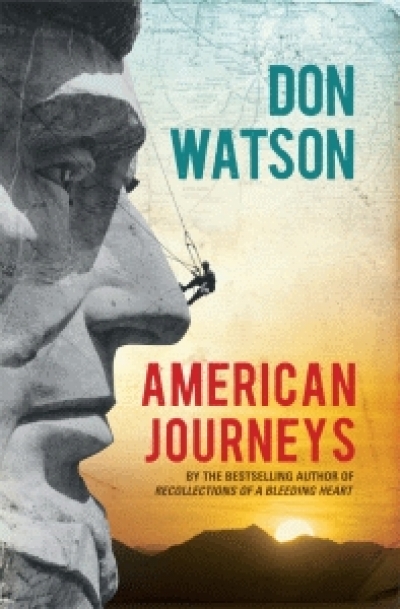