The Ballad of Desmond Kale by Roger McDonald

How much do you care about sheep? I mean really care about sheep. Because The Ballad of Desmond Kale is up to its woolly neck in them. It’s an unusual and inspired variation on the classic Australian colonial novel of hunters for fortune, for identity and for redemption. The historical record is filled with accounts of early settlers grappling with the hostile and unpleasant environment. The battle to tame the distinctly un-European landscape has been a recurring theme in Australian literature ever since. As a consequence, the physical landscape has been mythologised. Here, the rhetoric goes, we might find ourselves. The bush and the outback are awarded a spiritual quality. If we can understand this, be at one with the space that was formerly so hostile to us, then maybe we can understand what it means to be Australian.

The Ballad of Desmond Kale concerns itself with that crucial turning point where the possibilities of the colony became apparent, where the land changed from being a punishment in itself and became a source of fertility, of growth and of hope. In early nineteenth-century New South Wales, a new social order is establishing itself. Desmond Kale, Irish rebel and convict, works alongside his master, parson and magistrate Matthew Stanton. Together they prove a formidable force in the farming of sheep. But Kale is notoriously proud, Stanton notoriously cruel. Inevitably, the partnership turns to rivalry and sours. Given their differing social status, that should be the end of it, with Kale in irons being flogged regularly and Stanton enjoying tea with the governor afterwards. 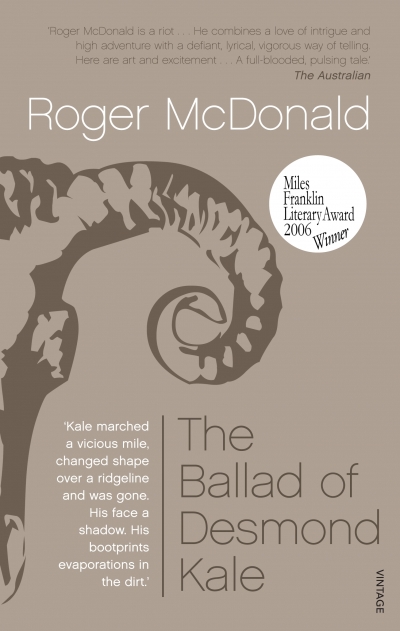 The Ballad of Desmond Kale