What a phenomenon Bryce Courtenay is. In a world where we are constantly being told that books are on the way out, he sells them by the barrow-load. They’re big books, too. This one weighs 1.2 kilograms and is seven centimetres thick. It’s the kind of book that makes a reviewer wish she was paid by the number of words read rather than written. Perhaps that is part of Courtenay’s secret: 842 pages, even with reasonably large type, adds up to something approaching 300,000 words. The average novel is probably a quarter of this, maybe a third, but costs $25 or $30. Words per dollar, Courtenay offers value for money.

He also offers a huge amount of factual information. Brother Fish gives us the Korean War, with POW hospitals and camps, the life of a black orphan in 1950s New York, the world of White Russian refugees and Triad gangs in Shanghai and Hong Kong, and the White Australia Policy. After surmounting seemingly insurmountable odds with cunning and heroism, the orphan (a Korean war veteran, nay, hero) and the White Russian end up running an international export business in partnership with the eldest son of a fisherman (another war hero) on an island in Bass Strait. Every inch of the path that led them there is explained, along with all the historical circumstances, in large undigested chunks. Nothing remains a mystery.

Except perhaps the inner life of these characters. Jacko, the first-person narrator, has the emotional life of a bright twelve-year-old. He has trouble concentrating on more than one thing at a time. For example, on page 525, Jacko becomes engaged to Wendy, an ‘exquisite’ creature who makes him ‘weak at the knees’ and so on. He can’t believe his luck. However, Jacko seems to become reconciled to the shock fairly easily: the exquisite but apparently forgettable Wendy is not mentioned thereafter until page 782, having by then become a loyal and biddable wife, helping to build up the business. 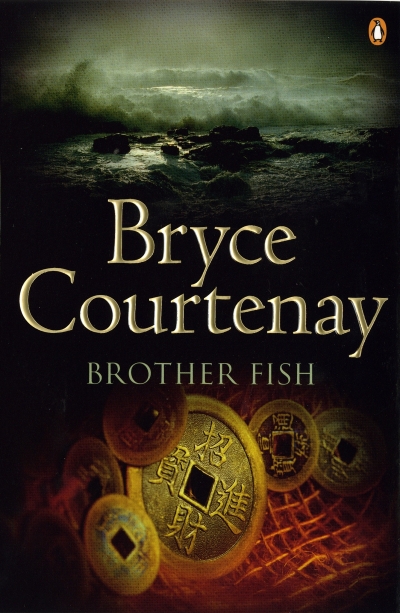