Most of a lifetime ago, I read of an exhibit at the Bell Telephone headquarters. It consisted of a box from which, at the turning of a switch, a hand emerged. The hand turned off the switch and returned to its box. If this struck me as sinister, it was because the gambit seemed emblematic of human perversity – of a proneness to self-annulment. The years since have given little reason to change such a view.

The cover illustration of Jacob G. Rosenberg’s East of Time shows bright-eyed children, Talmud students in Czechoslovakia in 1937, and one needs no further reminder of their likely fate: that they were who and what they were was enough to determine, in the eyes of others, that they should not be at all. Probably, what was then done destroyed them: certainly, it destroyed their real or would-be killers morally.

Rosenberg, a survivor of those horrors, offers in this unpretentiously eloquent memoir his sense of what it was to be, first, a child, and then a young man, in Poland in the 1930s and the early 1940s. Readers of his poetry, among others, will know that in his writing lucidity and economy march together, and it is so once more in East of Time. In the preface, Rosenberg says that: ‘The touchstone of these reminiscences – their informing spirit – is the desire and determination of an entire community to remain human, even at the last frontier of life’, and everything in the book keeps faith with that desire, that determination. He says, too, ‘I believe there are times when even the cruellest truth is preferable to the gentlest lie’, and for all its civility and its delicacy of touch, the book manifestly prizes truth above all. 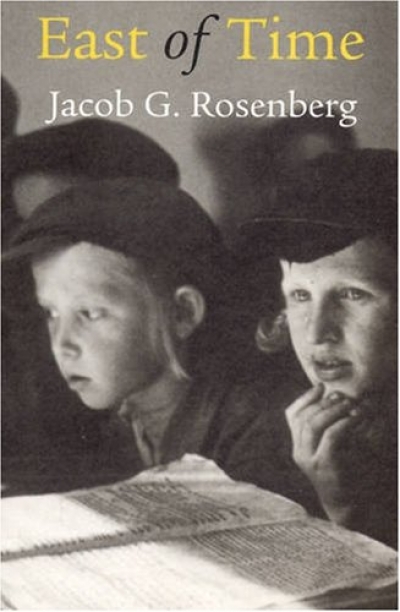