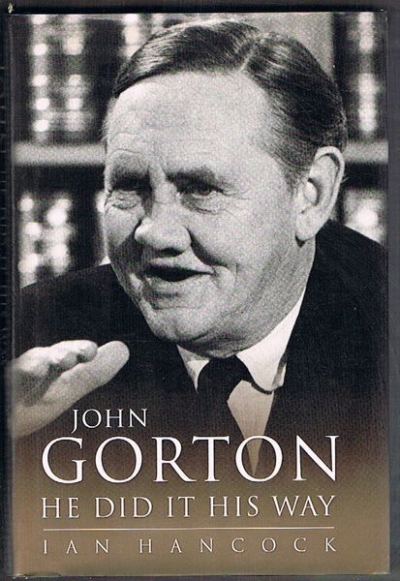 Robert Menzies cast such a large shadow that the contribution of his immediate successors has tended to be belittled, if not forgotten altogether. Each of the three is remembered mostly for things unconnected with their prime ministerships: Harold Holt for the manner of his death; John Gorton for his drinking and rumoured philandering; and William McMahon for the shapeliness of his wife’s legs. Until now, each has suffered from not having had a decent, retrospective biography.

Yet together, the three of them successively led Australia through seven of its most tumultuous years. They presided over a society in which the generation of post-war baby boomers were demanding wide-ranging social changes and an end to the fear-driven politics of the Cold War. Holt had been Menzies’s anointed successor, and may have been able, with the help of his bikini-clad daughters-in-law, to bridge the wide gap between the Depression and the Hair! generations. But it was not to be. When Holt disappeared without trace in the surf in December 1967, the gnome-like figure of his Treasurer, Billy McMahon, seemed certain to step into his shoes until the formidable Country Party chief, ‘Black Jack’ McEwen, stipulated that he would not serve under McMahon. The Liberal Party was faced with the daunting task of finding another leader from among the crop of second-rankers who put their hands up. Although the erudite Paul Hasluck appeared to be the front runner, the rather stuffy historian was reluctant to sully his hands by fighting for it. This gave John Gorton his unexpected chance.

So it was that a process of unexpected tragedy, political veto and happenstance allowed the relatively unknown senator to snatch the prime ministership. As Gough Whitlam loftily observed: ‘for the first time, the House of Representatives has been unable to provide the leader of a major Australian political party.’ Just as he was an outsider in the prime ministerial race, Gorton, as Ian Hancock’s new biography shows, was something of an outsider throughout much of his life.

Born out of wedlock, it remains unclear whether Gorton was born in Melbourne, as a birth certificate would suggest, or in New Zealand, as his father later claimed. Whatever his birthplace, he always had this burden of shame, caused by his ‘bastard’ status in a relatively prudish society. He was raised by his maternal grandparents and later, after the untimely death of the mother he hardly knew, placed in the care of his father’s estranged wife to live with a sister he had not known existed. Then he was sent off to boarding school.