Jackson's Track: Memoir of a Dreamtime place by Daryl Tonkin and Carolyn Landon

When I first picked up a copy of Jackson’s Track: A memoir of a Dreamtime place (Daryl Tonkin and Carolyn Landon, Viking 1999), I expected to find the life story of an Aboriginal woman. The striking cover photograph the 1940s of Euphemia Mullett in high-heeled shoes and light summer dress, standing beside a white man and his horse in a forest clearing suggested it, as did the reference to the dreamtime in the book’s title. I soon discovered my mistake. Jackson’s Track is instead the memoir of the white man in the photograph, Daryl Tonkin, who owned land and a timber mill at Jackson’s Track, West Gippsland, for over forty years from the mid-1930s. During this time, an Aboriginal community of over 150 people established itself at Jackson’s Track, setting up camp in the forest and working for Tonkin, felling timber for the mill. Euphemia Mullett was with those people attracted to the promise of work at Jackson’s Track, and she would go on to live there for over thirty years as Tonkin’s wife. 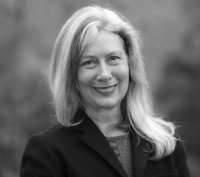 Alison Ravenscroft is an academic whose work focuses on Australian neo-colonialism and gender in reading and writing practices as well as a practising Lacanian psychoanalyst. She is the author of The Postcolonial Eye (Routledge, 2016) and a co-founder of the National Indigenous Story Awards and Indigenous Story, an online Indigenous arts project. 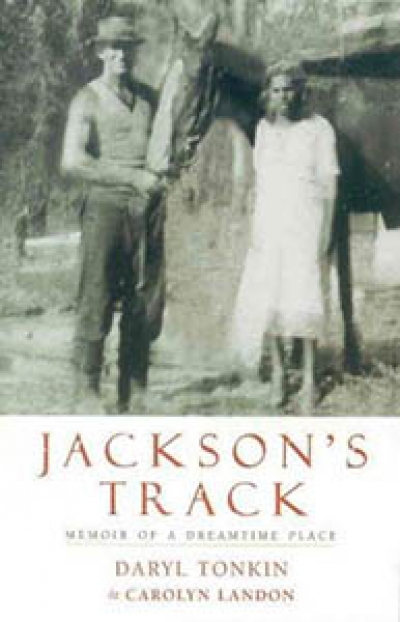 by Daryl Tonkin and Carolyn Landon