In Sydney last month, Barry Kosky’s production of Verdi’s Nabucco was booed by a section of its first-night audience, a unique occurrence, this, at the Australian Opera, but one that Kosky took in good part as an extension of the ‘playful’ side of the evening’s events.

The complaint against the production was twofold. First, that it was distracting and for this reason did not show proper respect for the music; secondly, that its imagery was too personal, too eclectic, too fashionably contemporary in its appeal to what the critic from The Australian called ‘the MTV set’. All this is in itself interesting and will bear examination, but I want to use Kosky’s production as well to raise a more general question: how, in a culture where virtually everything that has ever been produced is part of the repertory, are we to deal with works of the past that, for all our desire to see them, contain elements that we cannot, without a good dose of historical adjustment, take seriously? This is not a problem of course for those who take everything seriously because it is opera or those who, for the same reason, take nothing seriously; but the rest of us will want to discriminate and will not always agree about what in a work still speaks directly to us, as almost everything does, for example, in the four great operas of Mozart, and what, if we are to experience it with any sort of freshness, we will need, sometimes playfully, to translate. The only rule is that we should try, as far as possible, to be true to the spirit of the original, especially when to stick to the letter is a dance of death. And this is not a problem only of opera. If I choose opera on this occasion it is because Nabucco offers a ready case for discussion and because opera, unlikely as that might have seemed even twenty years ago, is once more, at the end of the century, a popular entertainment. More people in Sydney this year will see and be tested by Nabucco than are likely to read, say, Mary Barton or even Dombey and Son, not to speak of Byron’s Sardanapalus or The Idylls of the King. 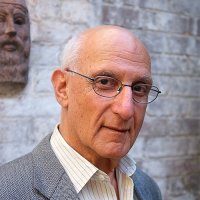 David Malouf is the internationally acclaimed author of novels including Ransom (2009), The Great World (1990) (winner of the Commonwealth Writers' prize and the Prix Femina Etranger), Remembering Babylon (1993) (winner of the IMPAC Dublin Literary Award), An Imaginary Life (1978), Conversations at Curlow Creek (1996), Dream Stuff (2000), Every Move You Make (2006) and his autobiographical classic 12 Edmondstone Street (1985). His The Complete Stories, published in 2008, won the Australia-Asia Literary Award of the same year. His most recent books are A First Place (2014) and The Writing Life (2014). He was born in 1934 and was brought up in Brisbane. David Malouf is the ABR Laureate.