Exiles at Home is a fascinating work by a feminist of the 1970s about a group of anti-fascist feminists of the 1920s and 1930s. From it we learn as much about the world view of the author as we do about the politics of its subjects. A serious book, about serious writers, it examines novels for their historical rather than for their literary interest. It offers no real criticism of writing styles, and no comparison with modem feminist authors. Nor is it a book to be read in the hope of rediscovering almost forgotten characters from our literary past.

Drusilla Modjeska tells us that her reasons for jogging our memories about Nettie Palmer, Miles Franklin, M. Barnard Eldershaw, Jean Devanny, Katharine Susannah Prichard and others are political. Insisting on ‘the importance of ... ideological readings of all the texts’, she seeks to unearth a tradition of women’s fiction, ‘and to insist that it is taken seriously’, in order that Australia’s cultural history can be freed from ‘the bonds of masculine tradition’. In this she bears a striking resemblance to her subjects, who were evangelists in the cause of Australian literature fifty years ago. Just as Palmer and Franklin believed that a public fed on comics and moving pictures conspired with Anglophile academics to deny native authors the readership they deserved, so Modjeska believes that male critics and conservative academics have spread the myth that women’s fiction is ‘dull, tame, domestic’.

Judy Turner studied the works of all the writers discussed for an honours thesis in History at the ANU. Later she became a professional musician. 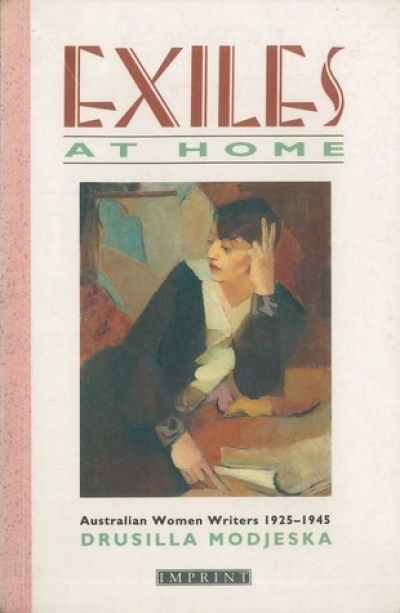